Irish everything was the order of the day on St. Patrick’s Day this year and if you follow me on Instagram, you’ll know how excited I was about it this year.

Gearing up for St. Patrick’s Day

Eventually, I settled on Castle Milk Stout (the horror!):

So, I eventually got baking and I hit another stumbling block! I completely forgot that I was using a gas oven  so it would, obviously, bake faster and require less baking time. What a disaster. It was hard as a rock. I had some leftover batter but that didn’t turn out that great too.

I felt so shit about it because I know I can actually bake! So that was put on hold…

My friend and I went into St. Patrick’s Day blind! We had no plan whatsoever – all we knew was that we were going to Long Street in Cape Town CBD and we’ll see where the road takes us. We ended up at The Dubliner Cape Town, an Irish pub.

It was quieter than we thought it would be but, then again, we did pitch up at 1pm.

We kicked it off with a Guinness Draught, of course. I remember whenever I used to drink it back then, it wasn’t really that great, which was why I labelled myself as a person who wasn’t really into stouts but it actually went down pretty well. Sadly, they didn’t have any Kilkenny, which I was really looking forward to.

I was STARVING so I order something that was bound to fill me up: Pap and Beef Stew! Wow, this was absolutely amazing. The pap was a bietjie te styf but that was okay – it isn’t called stywe pap for no reason.

Next, we dabbled in some whiskey and mixer. I’m DEFINITELY not a whiskey person but I ordered a double Dubliner Irish Whiskey and lemonade and it was very smooth.  This was followed by a Devil’s Peak Pale Ale, because we had to sneak an ale in somewhere, right? 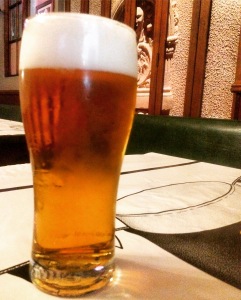 I think the most annoying thing about the day was that everything we tried ordering was out of stock, the service wasn’t that great and by 4pm they still hadn’t confirmed any specials to celebrate the day. Like WTF… I’ll give them 6/10 because I’ve had a few glasses of wine so I’m feeling generous.

Upstairs they have a separate deck, where we had some sundowners before supper. We kept it Irish to an extent with Jameson Irish Whiskey and lemonade and some Corona. 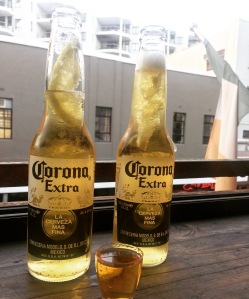 And then hunger struck! So, we decided to leave The Dubliner and see where the road takes us yet again. It was lit downstairs when we left, which had us thinking that just maybe we should’ve waited it out until it filled up.

As we were walking down Long Street, I heard live music so we just had to head in there and ended up at Sgt. Pepper – and it took me right back to the life that I miss so much: live music, beers and a great vibe on a Sunday. We ordered nachos and pizza and we were so stuffed when we left that we probably made up for carbs for the entire upcoming week! The food was AMAZING! 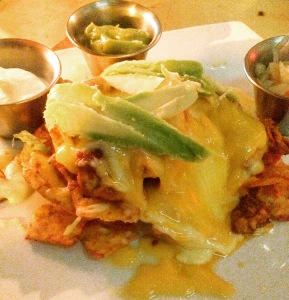 The live act, Al Petersen was even more AMAZING-ER (yes, yes, I know what you’re thinking…) and it was such a great way to end off the day.

I’ll definitely give this place a 10/10… and it’s not just the wine talking.

Check out my Instagram Story Highlights for St. Patrick’s Day 2019 and let me know what you got up to?

It's A Date Let's Eat! Let's Eat Cheap Meet Me At The Bar Reviews
%d bloggers like this: